Want to know what you could you earn as a forest school leader? We’re here to help!

As a forest school leader, the average income that you’ll be earning is around £21,000 per year, with starting salaries being lower at around £19,000. Since you’ll be working in a schooling environment you’ll generally be working to term times, so this could affect how much you’ll actually be earning.

Your income as a forest school leader is going to depend on a few things. Firstly, think about where you’re going to be working. Your location could mean you’re earning more or less than the national average, so it’s good to check out how pay might vary between your local area and others. For example, Londoners can expect to earn on average 25% more than the next closest region because of things like the cost of living.

Your experience level will also be a major factor in what you’ll earn. As a new starter with little experience you might not be earning much, especially if you’re going to be working part-time or similar. After you’ve gained some experience in the role then you’ll probably find you’re earning significantly more. Experienced forest school leaders can expect to earn around £26,000 or more in the role. Experience is always useful when thinking about your potential salary so making sure that you have some useful experience could help you to get that higher level salary.

How you could earn a forest school leader salary

If you’re looking to earn a higher salary as a forest school leader then you should look into acquiring additional skills and knowledge that will be useful in the job. Having the right supporting qualifications is going to help you to be considered for higher level positions or a better paying job in a new workplace. 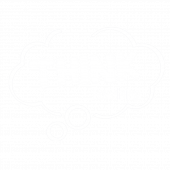